HVDC: When and How It Is Used in Transmission 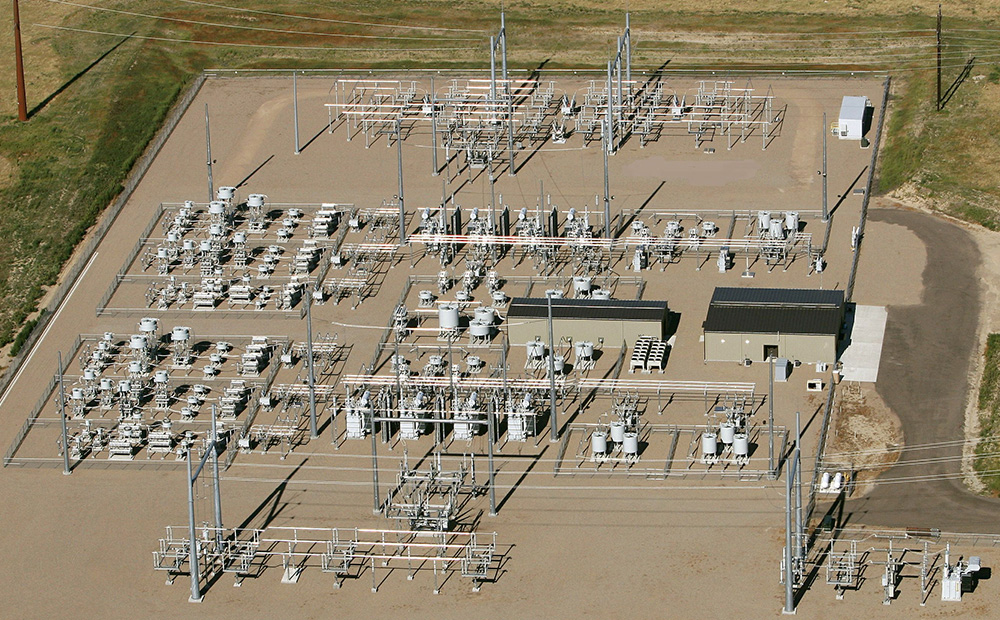 Electricity is typically transferred between various regions of the country over transmission lines via alternating current (AC). A less common form of transmission is high voltage direct current (HVDC).

When the electricity grid was developing in the late 1800s, a great debate ensued over which type of current was best for transmitting electricity. Alternating current ultimately won since a transformer could be used to increase or decrease voltages, and no similar option existed at the time for direct current.

Advantages and Disadvantages of HVDC

Alternating current travels as a wave, and is constantly changing direction (60 times per second, defined as 60 hertz, in North America). Since direct current does not involve oscillation, it decreases losses and allows electricity to be transmitted more efficiently.

However, the cost of the substation equipment needed to convert DC electricity back to AC at both ends of the transmission line is expensive. Since the initial cost can be prohibitive, HVDC transmission is usually only preferred for long distances. Over their lifetime, long-distance transmission lines can save operators money because of their efficiency.

Other advantages of HVDC include lighter and cheaper towers (since DC cable can carry more power than AC cable), and it does not generate or absorb any reactive power, eliminating the need for reactive power compensation.

In addition to equipment cost, another disadvantage for HVDC involves heat losses that occur in the converter substation, which requires an active cooling    system. Also, inverters used in converter substations have limited overload capacity. A shortage of proficient electrical engineers to maintain and    operate HVDC lines and equipment also remains a longstanding challenge, according to a recent report on the HVDC market.

While AC transmission remains the dominant form of transmission in the U.S., HVDC transmission systems have been growing in recent decades as technological    developments have helped reduce costs. HVDC transmission is also seen as a solution for distributing renewable energy (such as wind and solar) from remote areas where it is easily generated to more densely populated areas of the country.

The U.S. has 20 HVDC transmission facilities, including the Pacific DC Intertie, which became the first major HVDC link in the U.S. when it was commissioned in 1970. The 845-mile line transmits electricity between the Pacific Northwest and the Los Angeles area, moving surplus electricity from one region to the other as seasonal demands shift. Since its original construction, modernizations have more than doubled its DC capacity to 3,100 MW.

A proposed HVDC line with a capacity of 4,000 MW would transmit wind-generated electricity from the Oklahoma panhandle 700 miles east to the western tip of Tennessee. The Plains and Eastern Line would connect to the Tennessee Valley Authority and its nine million customers. Construction could begin later this year, according to one of the developers, but that hinges on receiving the necessary reviews and approvals from various governmental entities involved.

Beta Engineering provided the engineering, procurement and construction for an HVDC converter station in Colorado, and has completed a wide range of high voltage projects across the country. Browse our portfolio and contact Beta today to discuss your next substation or other high-voltage project.

Fire Safety Plans Aren’t Just for the Office: 10 Ways To Prepare for or Prevent Home Fires

Beta To Exhibit at 2021 S.E.E. Conference and Tradeshow

Beta Expands Sales Representative Network in the Midwest and Southeast

Beta Engineers Participate in a Q&A for Engineers Week