By clicking “Accept All Cookies”, you agree to the storing of cookies on your device to enhance site navigation, analyze site usage, and assist in our marketing efforts. View our Privacy Policy for more information.
PreferencesDenyAccept

Beta In the News

A High Voltage Partner Focused on Supporting You

High voltage project execution with limited resources can be frustrating and overwhelming. You need a solution that fits your budget and schedule, and provides the expertise to get your project done. Here's how we help you achieve your goals. 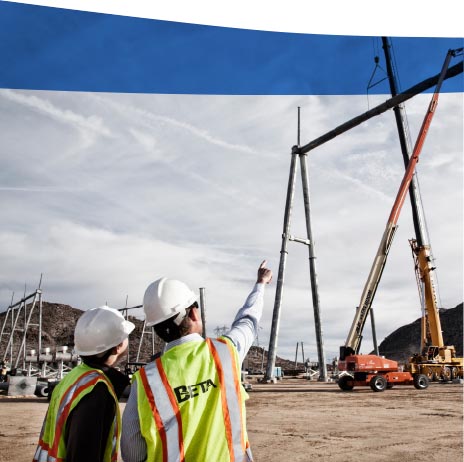 A Laser Focus on Your Needs

Our personable staff of high voltage experts has a laser focus on your needs that sets us apart from the...Read More 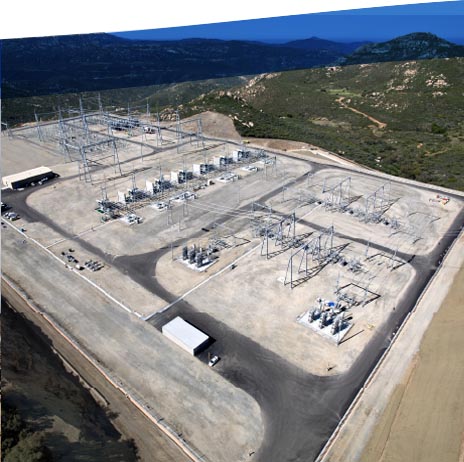 Experience + Flexibility
To Help You Succeed

Beta has the 45+ years of high voltage project experience needed to support you through complex jobs...Read More

Our Engineering Services team of expert engineers provides quality high voltage designs according to your standards and specifications. 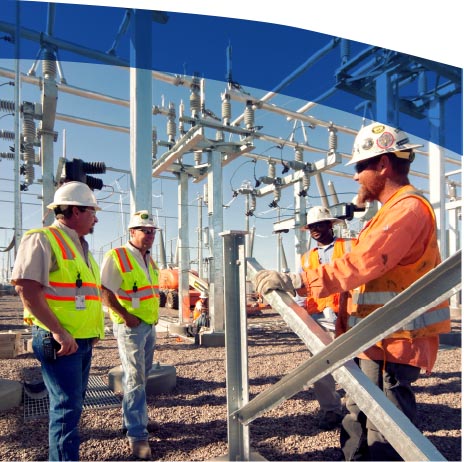 Earning Trust for the Long Term

We have proven our ability to complete cost-effective, fast-track projects and have an exceptional record for...Read More

We value our customer relationships.

%
Of our projects are performed for repeat customers

A Trusted Expert in High Voltage Services Since 1975

Beta Engineering designs and builds high voltage projects, specializing in services for gas-insulated switchgear (GIS) projects, switchyards, substations, FACTS and transmission lines. We maintain the engineering and construction qualifications to perform work across the U.S. No matter what challenges you are facing, we can provide the resources, experience and expertise to help you meet your project goals. We have been exceeding customer expectations on substation and transmission line projects for more than 45 years.
‍
Take a look at a few of our previous projects to see how we have helped our customers, and contact us to learn what we can do for you. Want to know more about Beta and the services we offer? Using the button below, you can check out our answers to common project and industry questions. 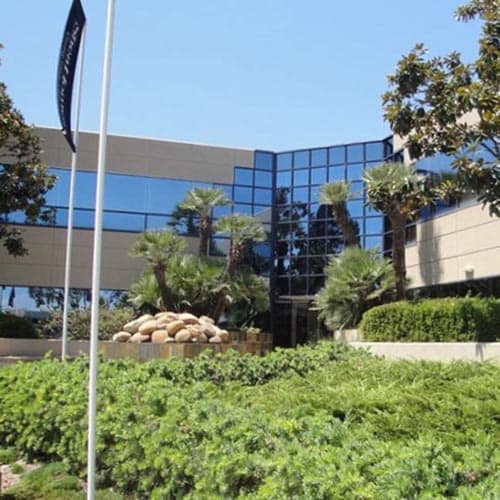 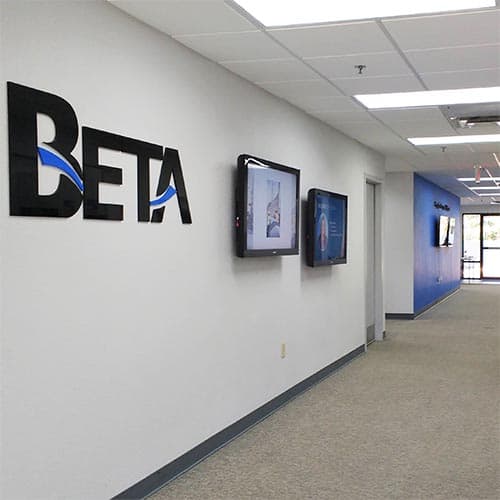 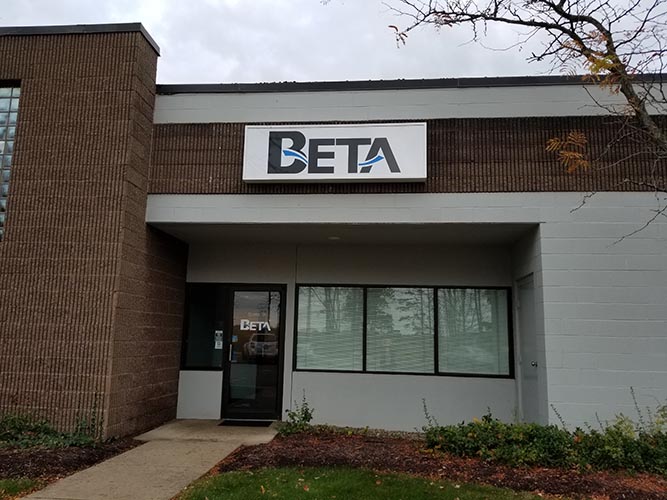 Three Locations To Support You and Your Projects

Beta Engineering’s home office is located in Pineville, LA. Our additional offices in San Diego, CA, and Canton, OH, provide services for our customers and projects across the U.S.

Beta Engineering is a subsidiary of Crest Industries. Several of our affiliated companies are manufacturers, suppliers or distributors in the electric power industry. Beta's relationship with these companies helps facilitate our turnkey projects.

Our Commitment to Sustainability

Beta and the Crest Industries Family of Companies are carbon negative for all scope 1 and 2 emissions. Across all Crest's businesses, we emphasize transparency and accountability, and we empower our teams to uphold these values each day. We are always looking for ways to improve and innovate at every level in all of our businesses.

At Beta, we are creating a better future by:

Interconnecting more than 4,000MW in renewable energy projects to the U.S. power grid.

Working with local, state and federal agencies to protect plant and animal species near project sites and to mitigate environmental impacts during construction.

And giving back to our communities through fundraising, sponsorships and volunteering. 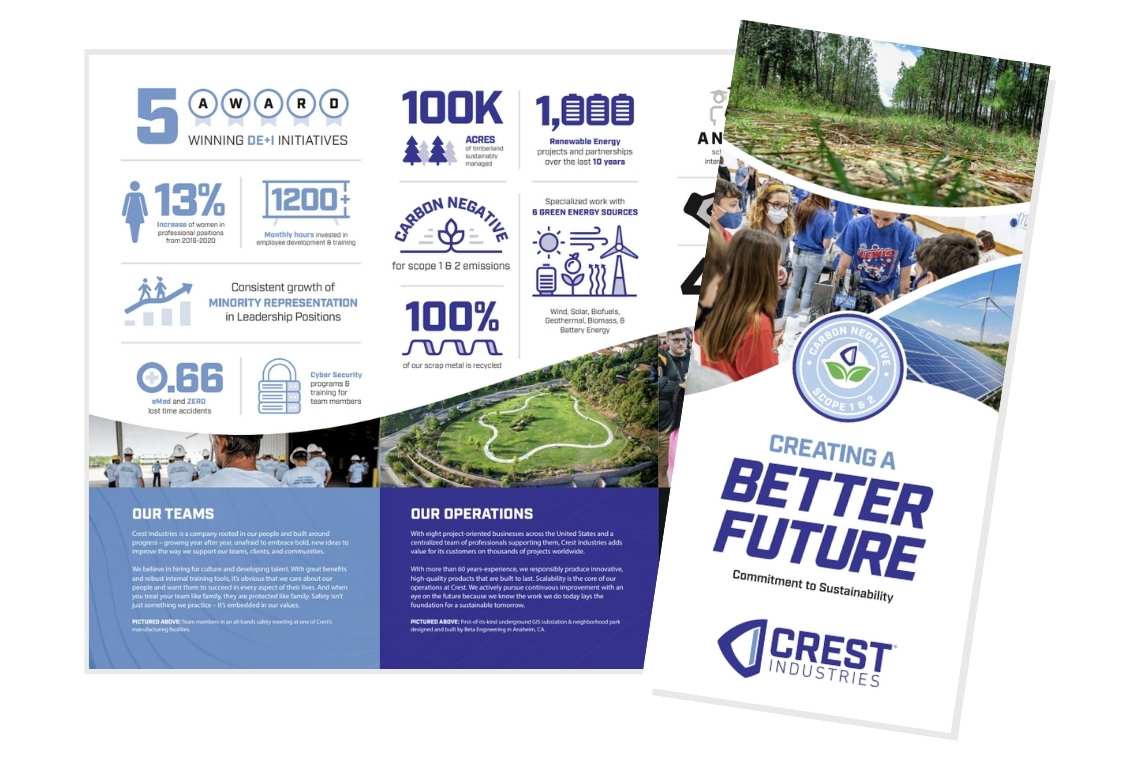 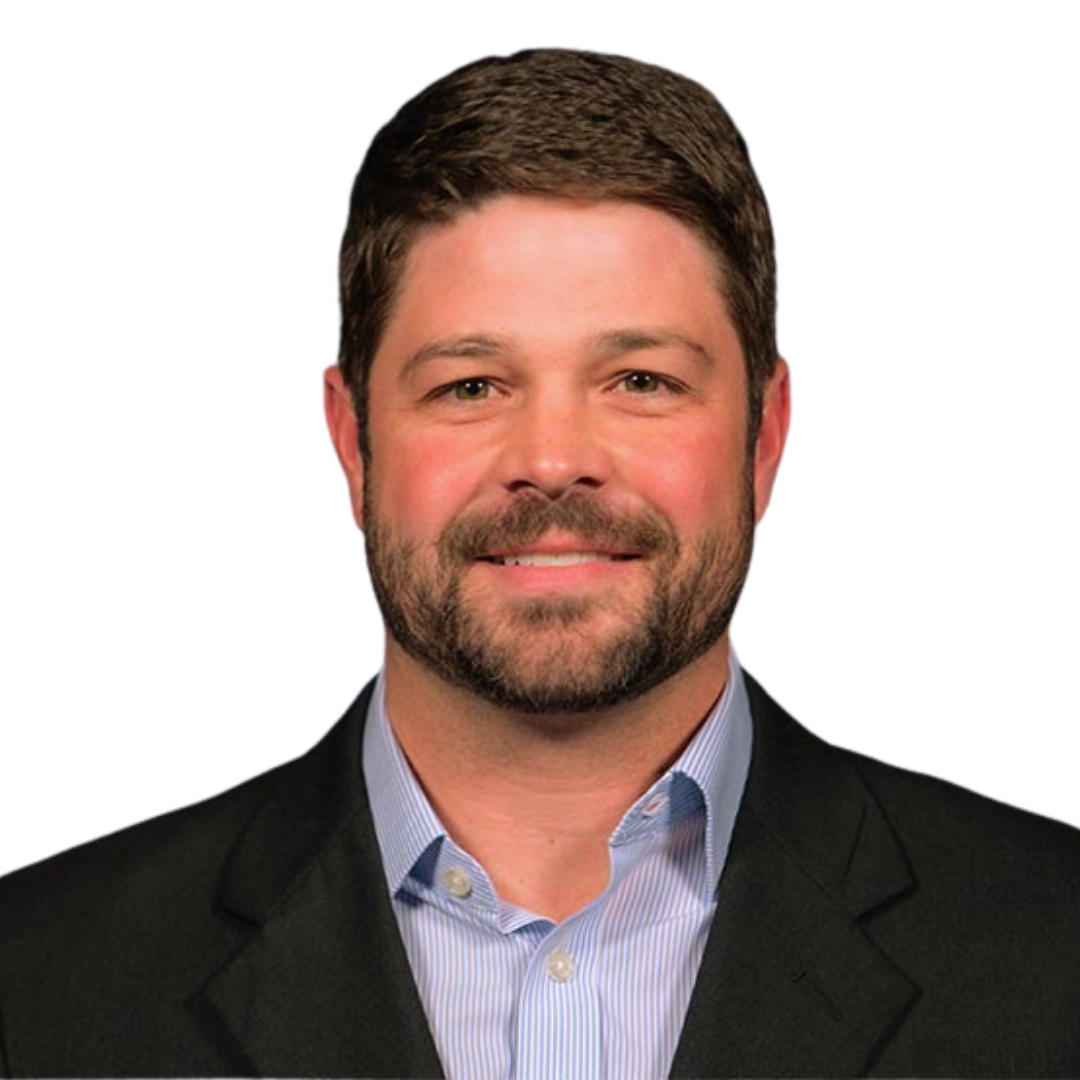 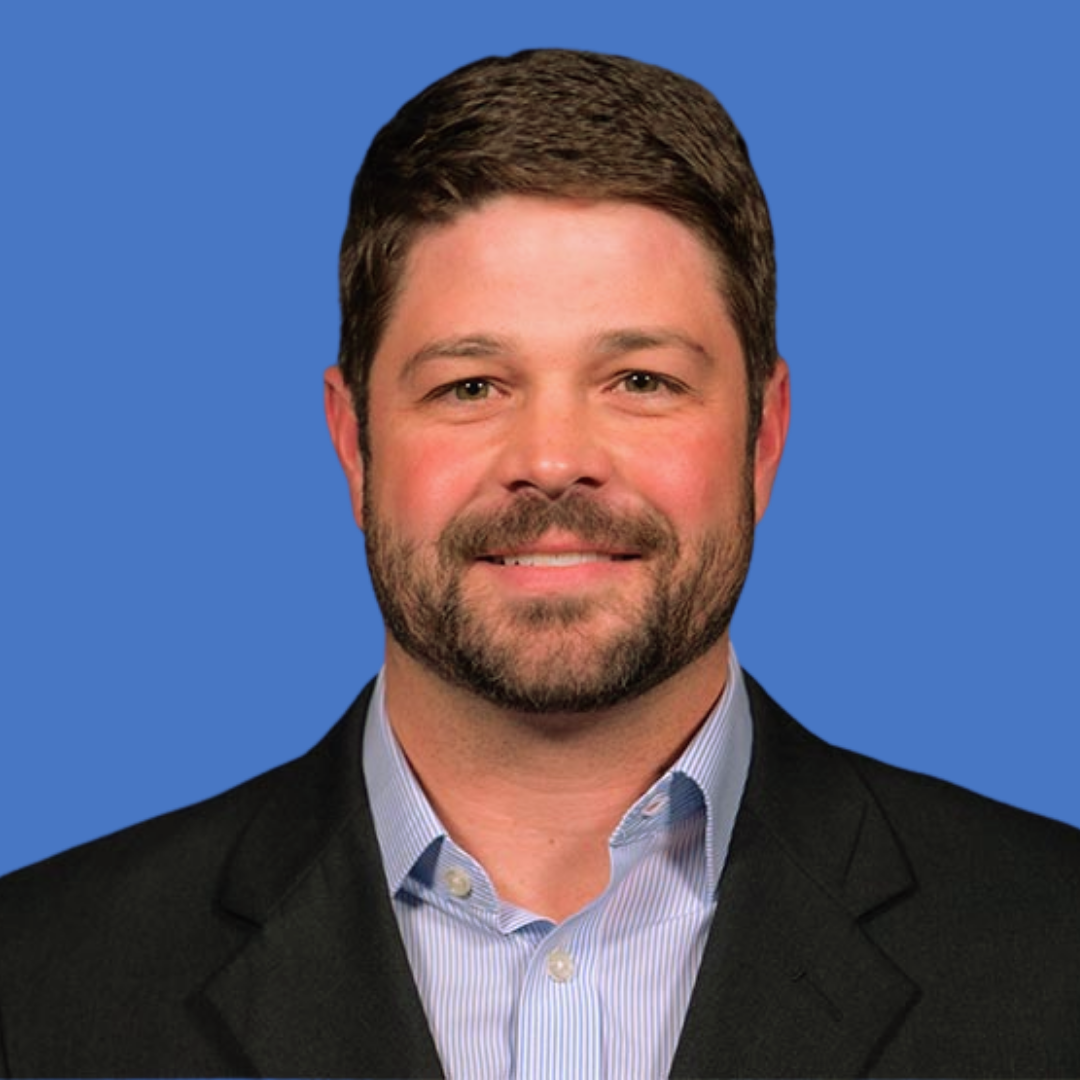 As Beta’s president, Brad Fontenot oversees company operations, works with the executive leadership team and determines the company’s strategic direction to ensure the success of Beta’s team, partners and customers.

With a Bachelor of Science degree in Chemical Engineering from Louisiana State University, Brad first worked in the specialty chemicals industry where he scaled multiple pilot projects to multi-site, full-scale production operations. In 2017, he transitioned into the electric power delivery industry at Crest Industries, Beta’s operating company, and used these skills and experiences to create processes that improved operations, planning, and quality at DIS-TRAN Packaged Substations (DTPS).

Brad is passionate about teamwork and emphasizes that “building strong teams is the foundation of success and allows us to accomplish more than we ever could as individuals.” He wants to leverage this teamwork to provide the right solutions for Beta’s customers in the power delivery industry.

Brad enjoys spending time with his wife and three children and is very involved in youth sports, fishing, reading, and homebrewing his own craft beer. 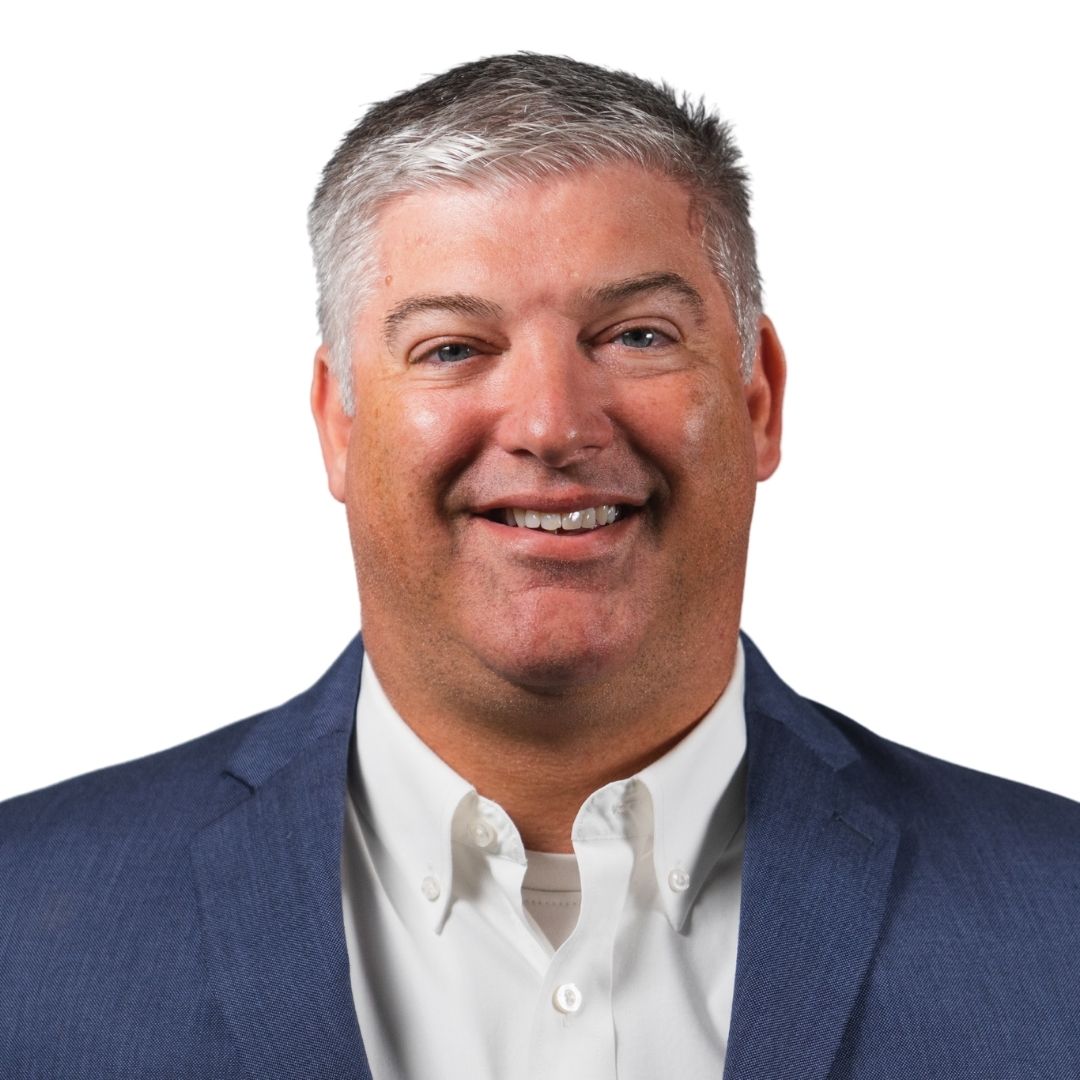 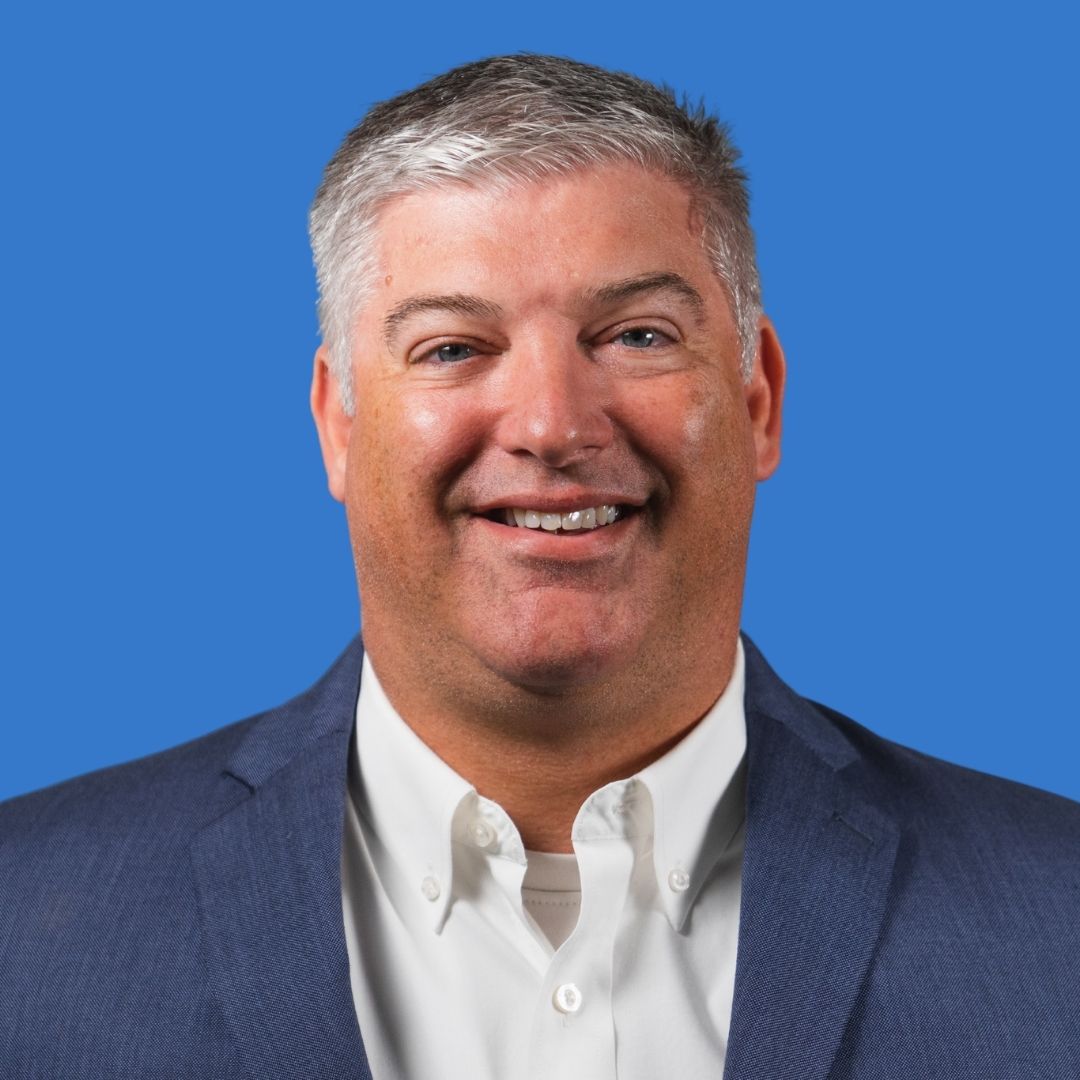 Ross takes pride in leading Beta and partnering with customers on complex projects that ultimately support our nation’s critical power infrastructure. Beta’s approach to working with customers especially resonates with Ross. “Beta’s purpose is to meet the customer’s needs by bringing together a community of individuals to accomplish together what we cannot accomplish individually. We strive to do so in a way that we all win by providing extraordinary results.”

Ross has a Bachelor of Science in Civil Engineering from Louisiana Tech University and is a licensed registered professional engineer of civil engineering in 42 states. He is a subcommittee member of IEEE Standard 605, Standard 693, Standard 1527 and ASCE 113. In addition to his professional activities, Ross enjoys spending time with his family and friends. 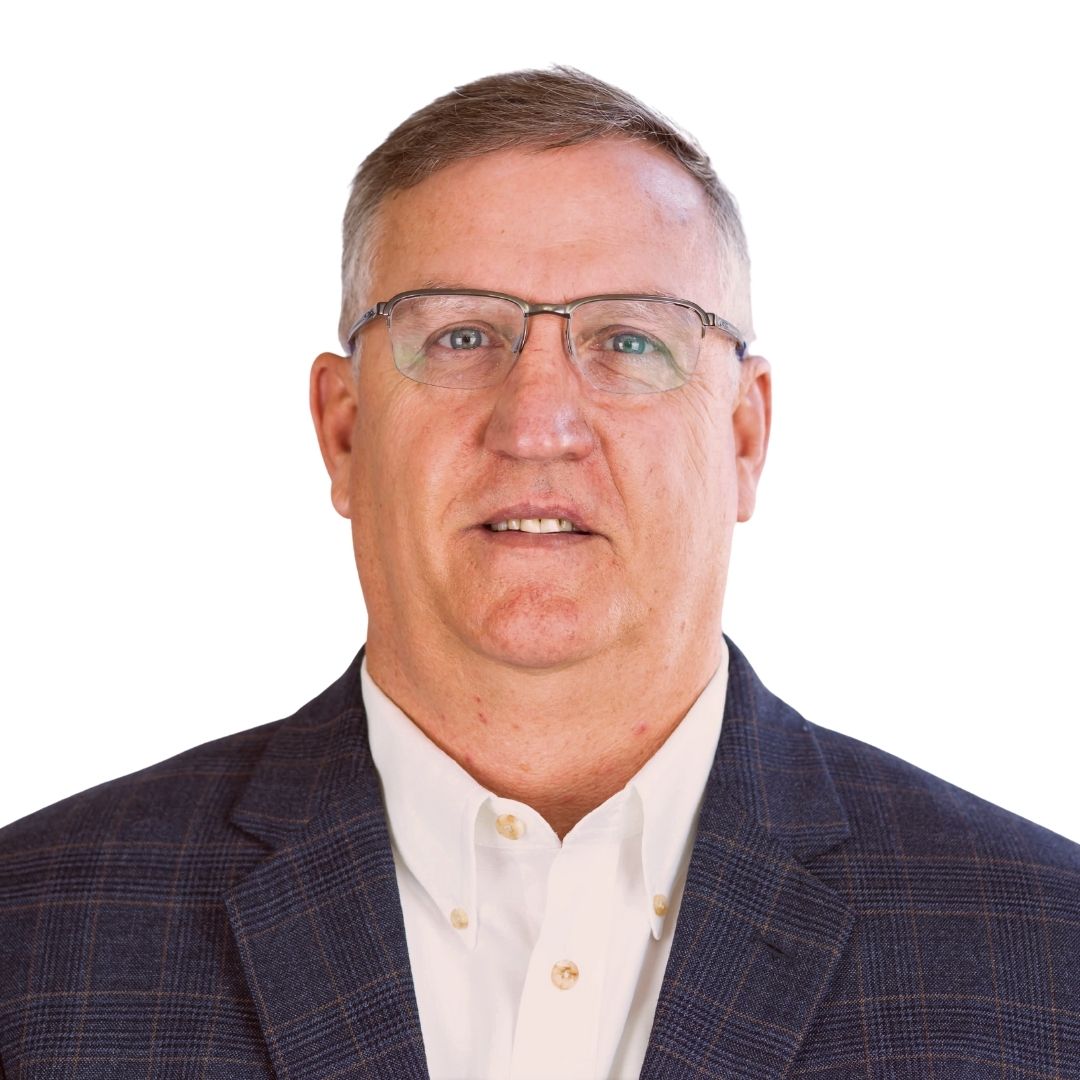 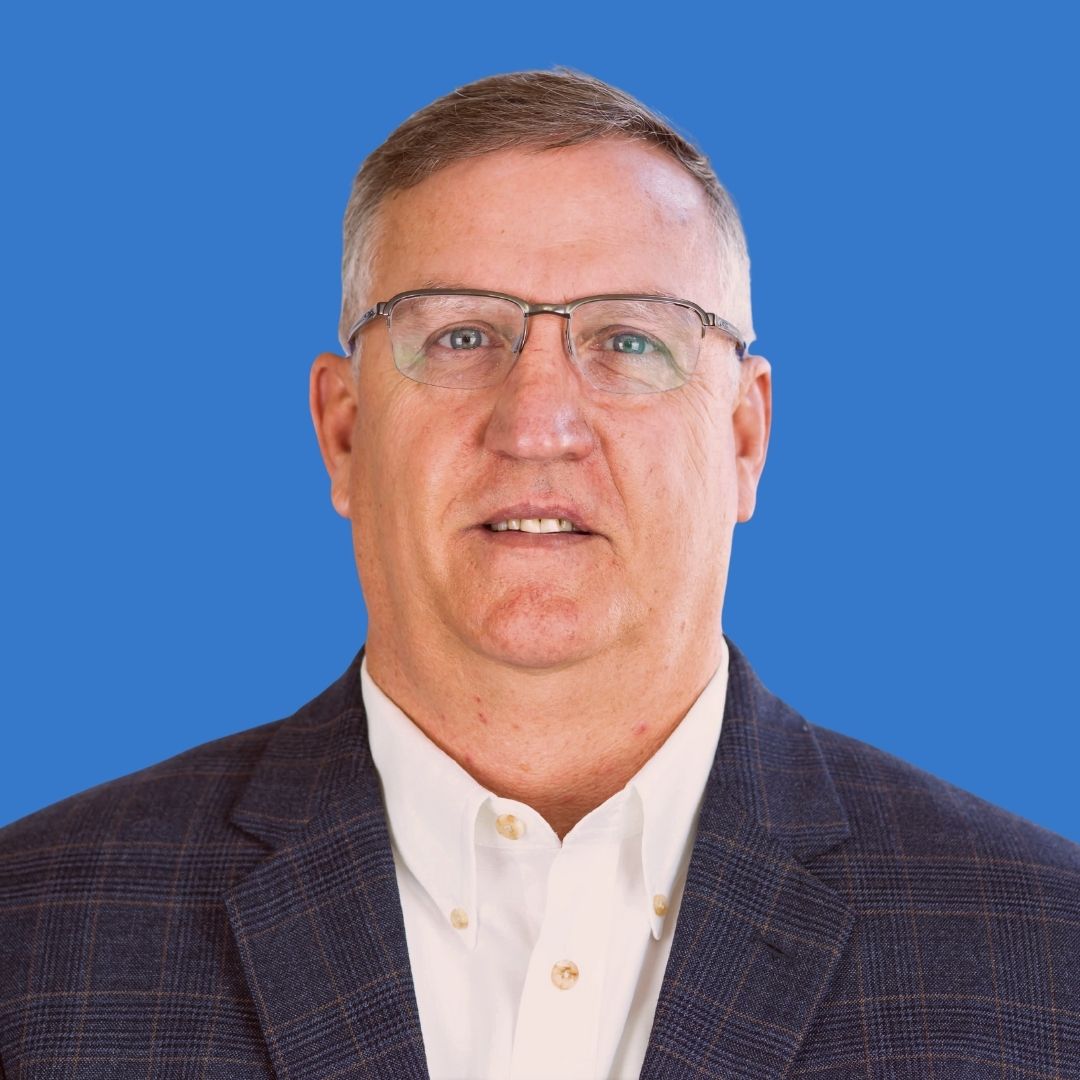 As Executive Vice President, George Brashear manages the proposal and business development teams for Beta’s product families, develops strategies for positioning the product families for growth and seeks new opportunities for our core business and potential new markets. He is also responsible for developing long-term personnel strategies to support the growth of Beta and ensure that the growth is aligned with our purpose and values.

Two of George’s favorite parts about his job are the people he works with and working on challenging projects, which he sees as opportunities for learning and growth. He says that his favorite problems to solve for customers are the ones “that don’t have a clear solution or don’t appear to be solvable.”

George has a Bachelor of Science in Civil Engineering from Louisiana Tech University and is a licensed registered professional engineer of civil engineering in nine states.

In addition to spending time with his family, George enjoys hunting, fishing and volunteering with organizations like Habitat for Humanity and Sierra Service Projects and helped lead a youth basketball league for several years. 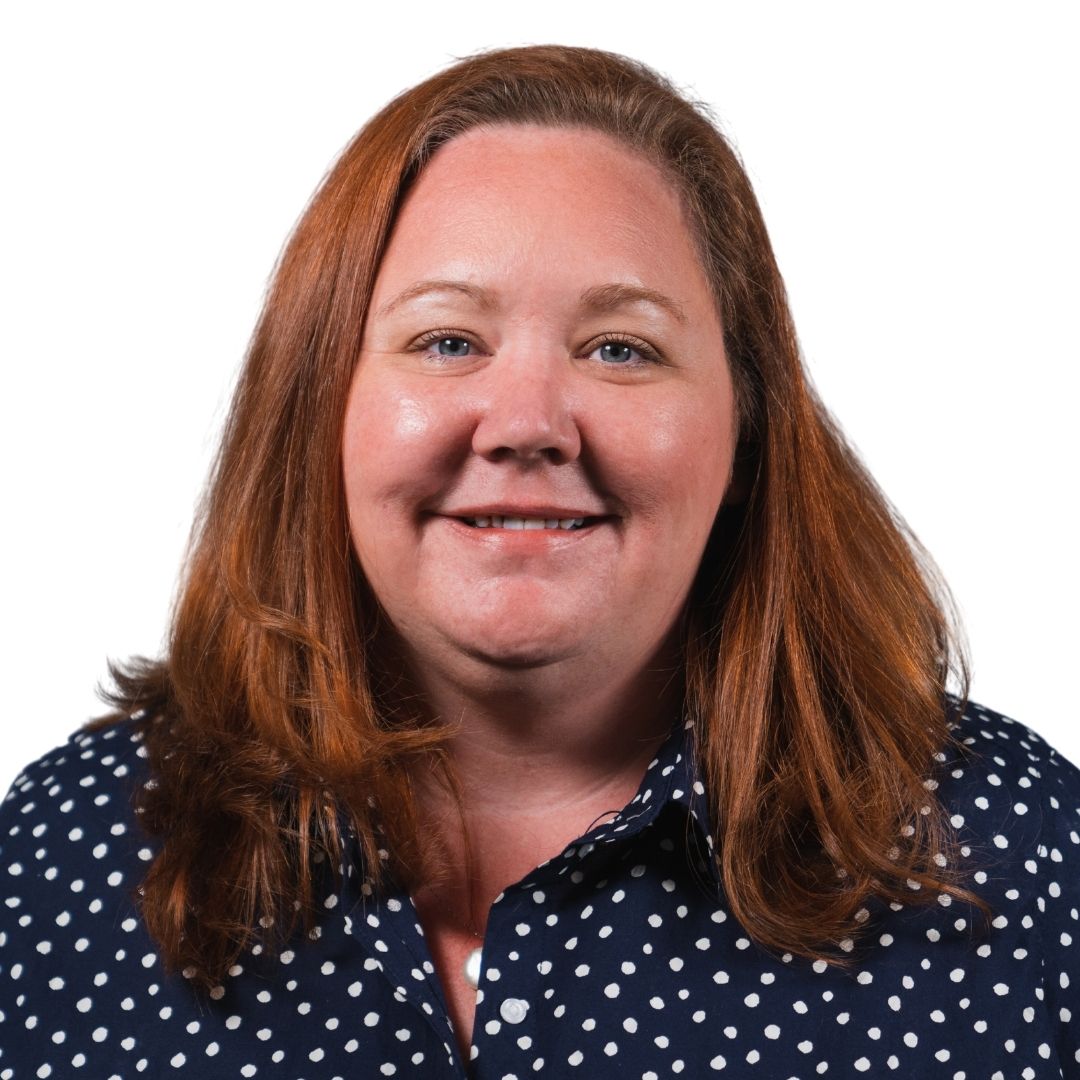 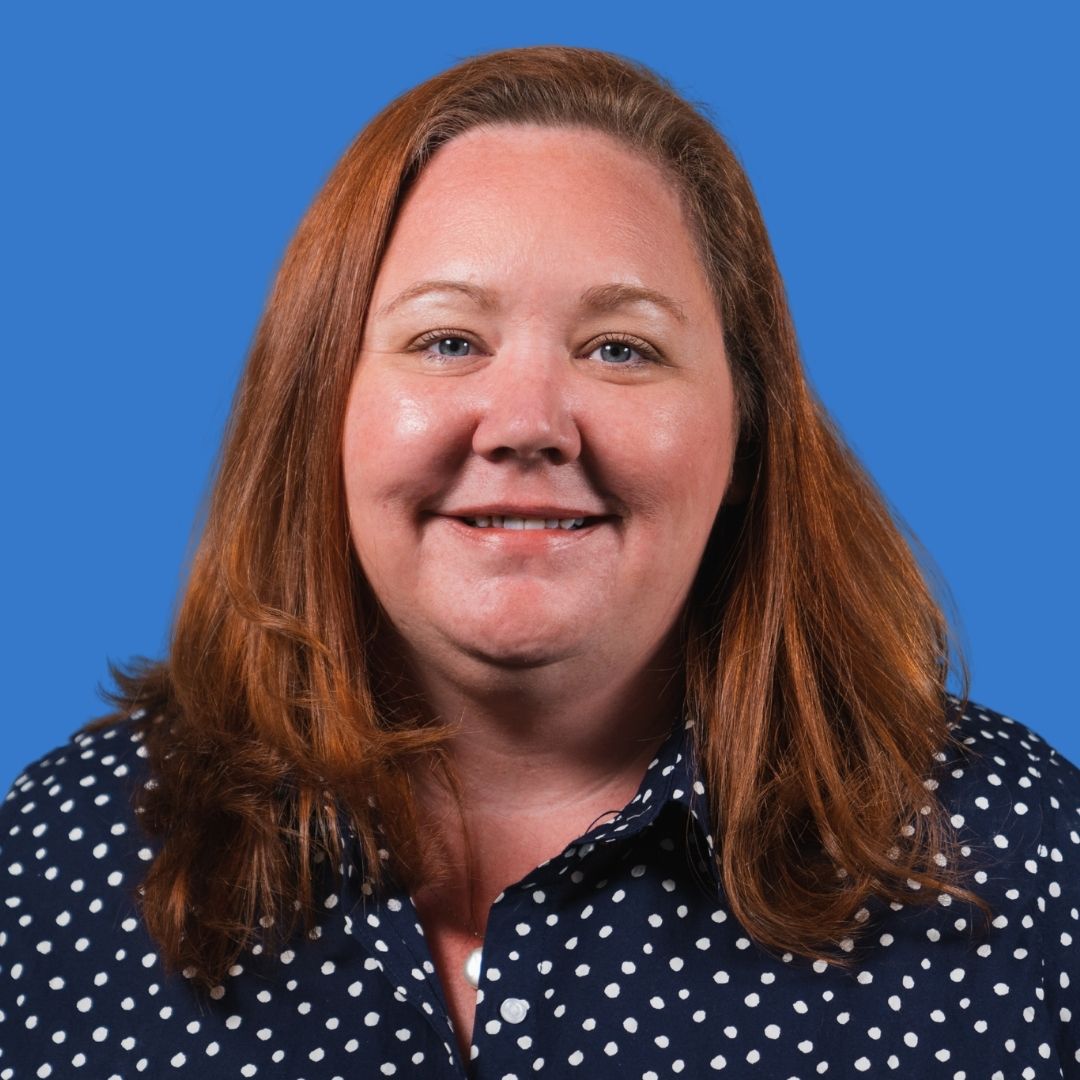 As Vice President of Business Systems, Sarah Halbert is responsible for developing and refining systems, procedures and tools to enhance productivity and performance for all departments to promote transparency and accountability throughout Beta.

One of Sarah’s favorite parts of her job is solving customers’ problems by collaborating across disciplines. “Realizing that each of us carries a small piece of the puzzle and it’s not until we’re all working together that we can see the whole picture is immensely satisfying,” she explains. Winning as a team is something Sarah values, not only because teamwork is essential for solving challenges, but because it makes a daily difference to work with people you respect and trust, and “victories are much more satisfying when you’re able to share them with your team.”

Sarah is a licensed registered professional engineer of civil engineering in nine states. She earned a Bachelor of Science in Civil Engineering and Master of Construction Engineering & Management from the Illinois Institute of Technology. Sarah’s commitment to the people around her extends beyond her team at Beta, and one of her favorite pastimes is sharing her baking and quilting skills with family and friends. 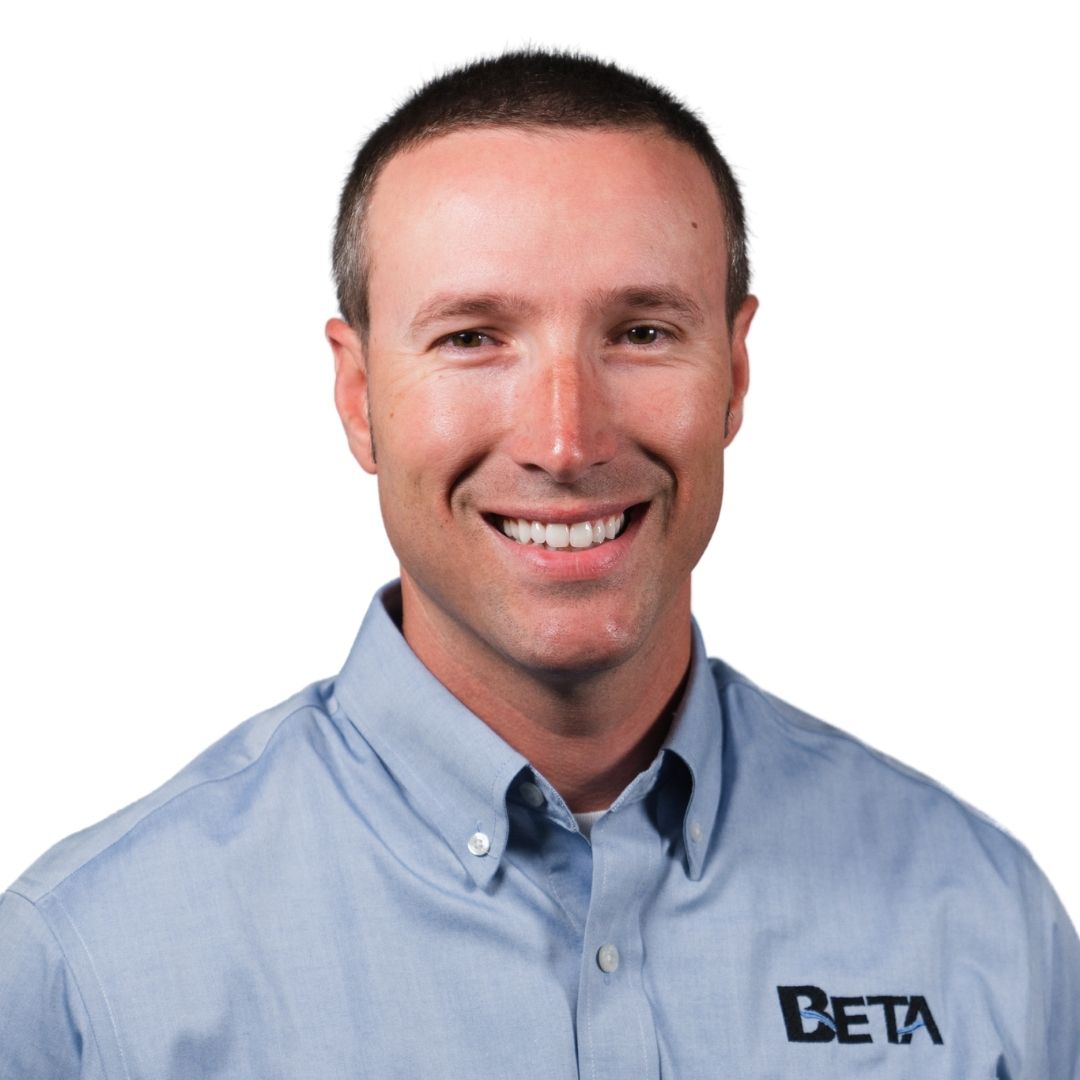 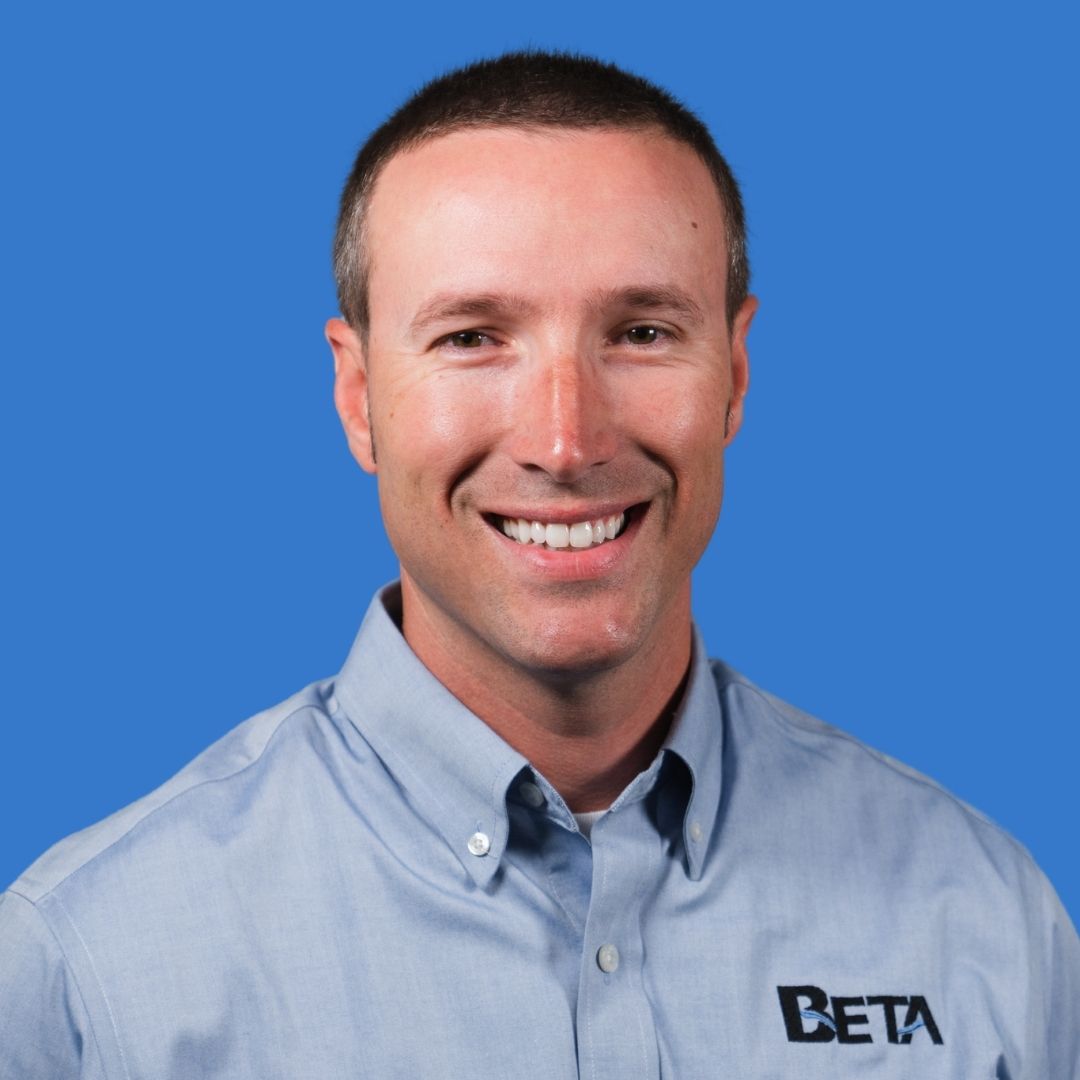 In his role as Vice President of Engineering, Clint Jones is responsible for managing and growing the engineering department for Beta EPC. He plans, implements and oversees engineering strategies, procedures and goals in accordance with Beta’s vision.

Building relationships with his team and with customers is one of Clint’s favorite aspects of his work at Beta. Clint enjoys meeting customers’ expectations and leaving Beta top of mind for future needs. “Each customer’s needs are unique and challenging in their own way and ultimately,” he says, “being able to deliver on the customers’ expectations is what brings satisfaction.”

Clint explains that, while Beta’s core value of turning challenges into success “really drives home the pride I have in what we do each day…ultimately the ‘we give our all for our team’ is what keeps me coming back day after day” and the “TEAM bond that we have built over the years of facing the challenging work head on and fighting through it together is what brings the most fulfillment.”

Clint has a Bachelor of Science in Electrical Engineering from Louisiana Tech University and is a licensed professional engineer of electrical engineering in 48 states. In addition to spending time with his family and being active in church, Clint enjoys completing home improvement projects, hunting and camping. 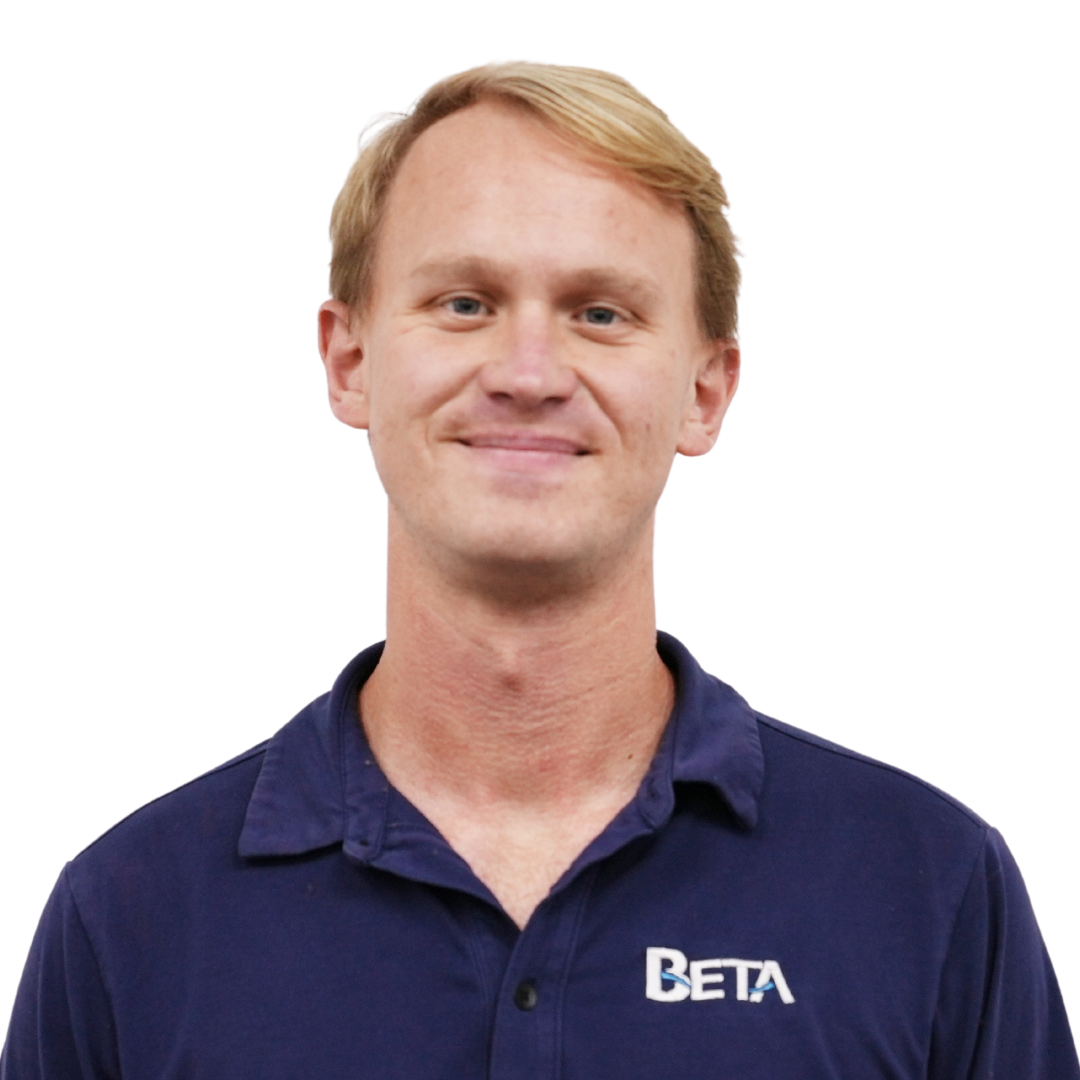 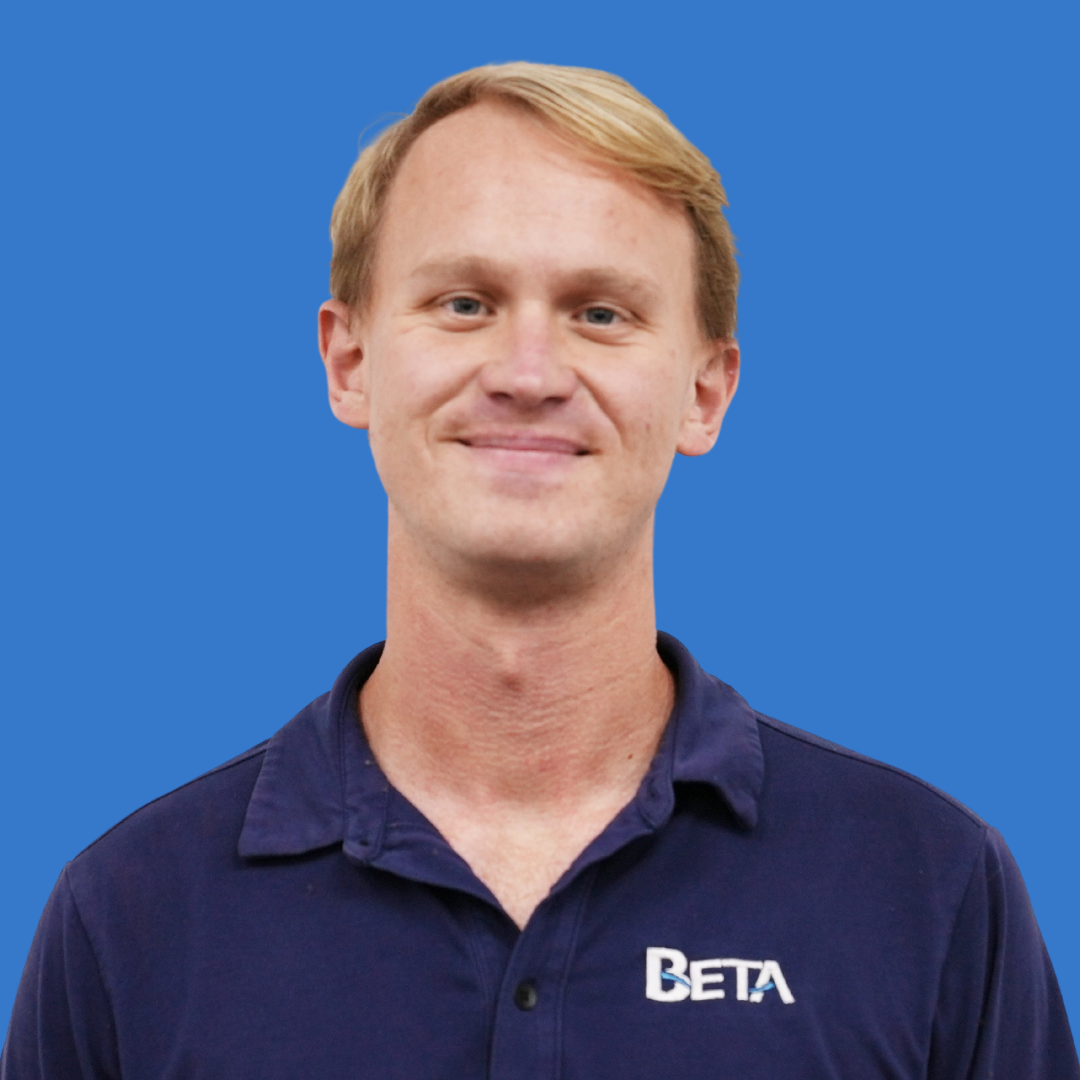 In his role as Vice President of EPC Operations, Jake Woodard oversees all aspects of Beta’s EPC business, including project execution, financial performance, productivity and strategic planning. His goal is to facilitate an execution strategy specific to each customer’s needs, which allows Beta’s project team to become an extension of the customer’s resources.

Beta’s purpose and core values are important to Jake because they closely align to his own personal values. Jake explains, “The work that we do at Beta allows us to be a part of something larger than ourselves. I truly love being part of a team that is eager to take on some of the most challenging projects in our industry.” Whether tackling tough projects or stepping up to new opportunities to build Beta’s teams, Jake is always up for the challenge. He has been a key player in developing greater collaboration between departments and creating a cohesive, winning team. Jake says, “I take pride in our team’s ability to support our customers in overcoming challenges, no matter the size or stature.”

Jake has a Bachelor of Science Degree in Construction Engineering Technology from Louisiana Tech University and is a certified Project Management Professional. He enjoys spending time with his family and friends, and one of his favorite pastimes is enjoying good company in a duck blind or while fishing. 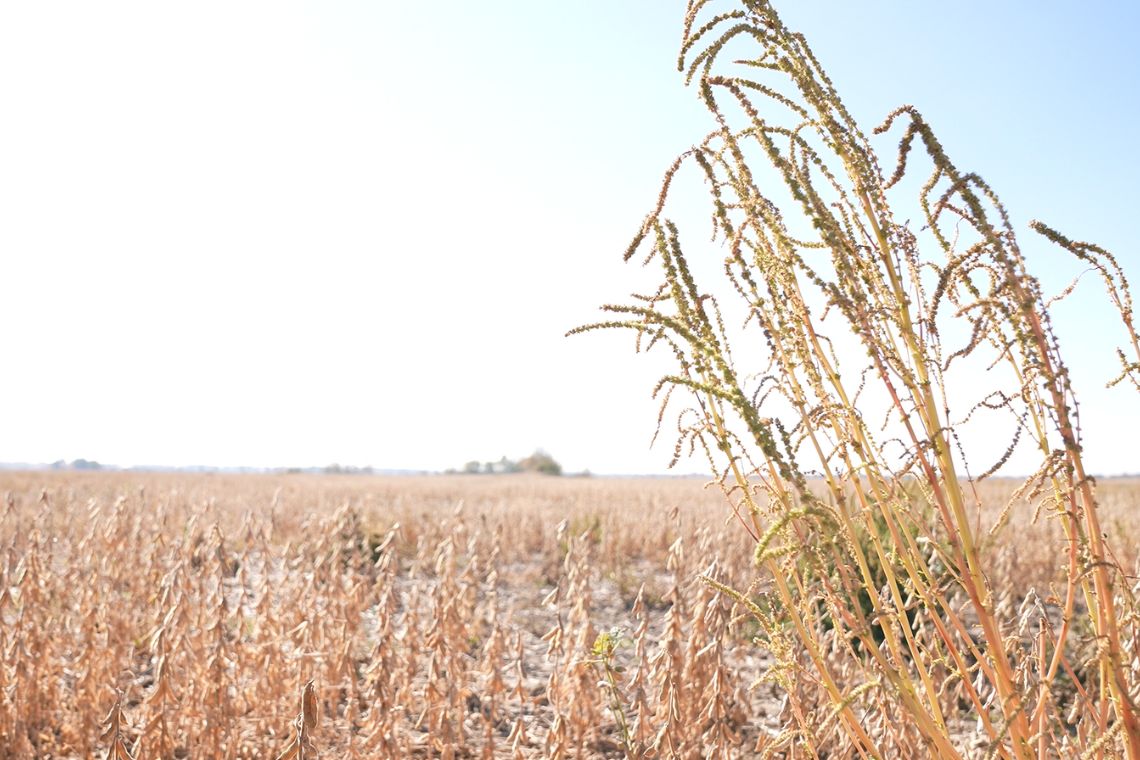 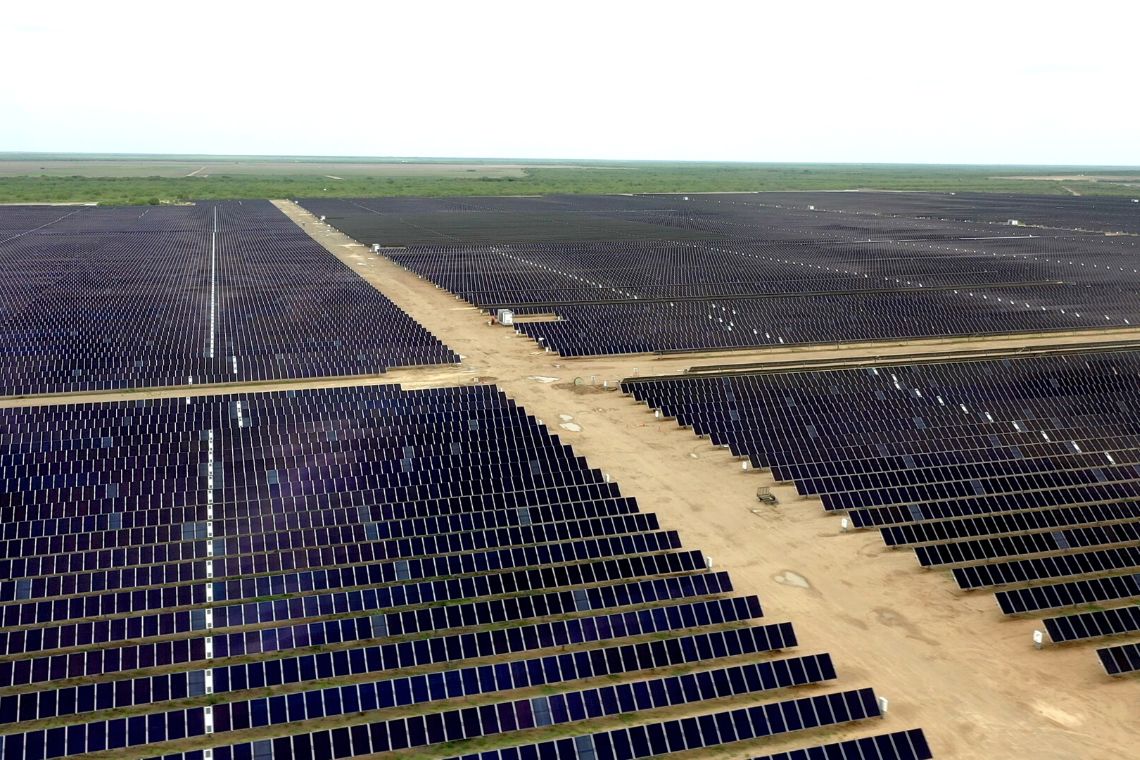 Making Inroads in Renewable Energy in 2022 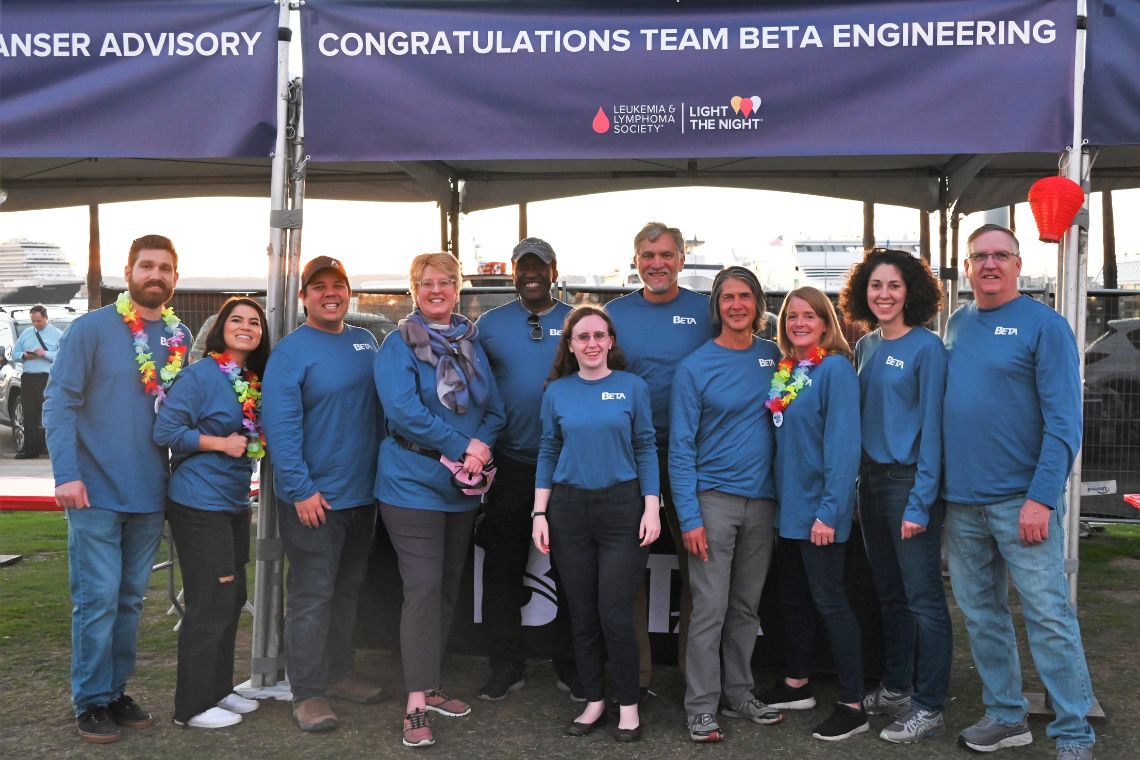 Our
Purpose
We pursue that which challenges us, growing our community to provide critical, creative solutions that achieve extraordinary results.

Our
Core
Values
< Back to Core Values

we do what we say

we turn challenges into success

we win together
We do what we say, treat everyone with RESPECT, and build lasting RELATIONSHIPS.
We AMBITIOUSLY turn challenges into success through GRIT, DETERMINATION, and a WILL TO WIN.
We give our all for our TEAM. We win when WE ALL WIN TOGETHER...our customers, our partners, and ourselves.

we do what we say

we turn challenges into success

we win together
We do what we say, treat everyone with RESPECT, and build lasting RELATIONSHIPS.
We AMBITIOUSLY turn challenges into success through GRIT, DETERMINATION, and a WILL TO WIN.
We give our all for our TEAM. We win when WE ALL WIN TOGETHER...our customers, our partners, and ourselves.