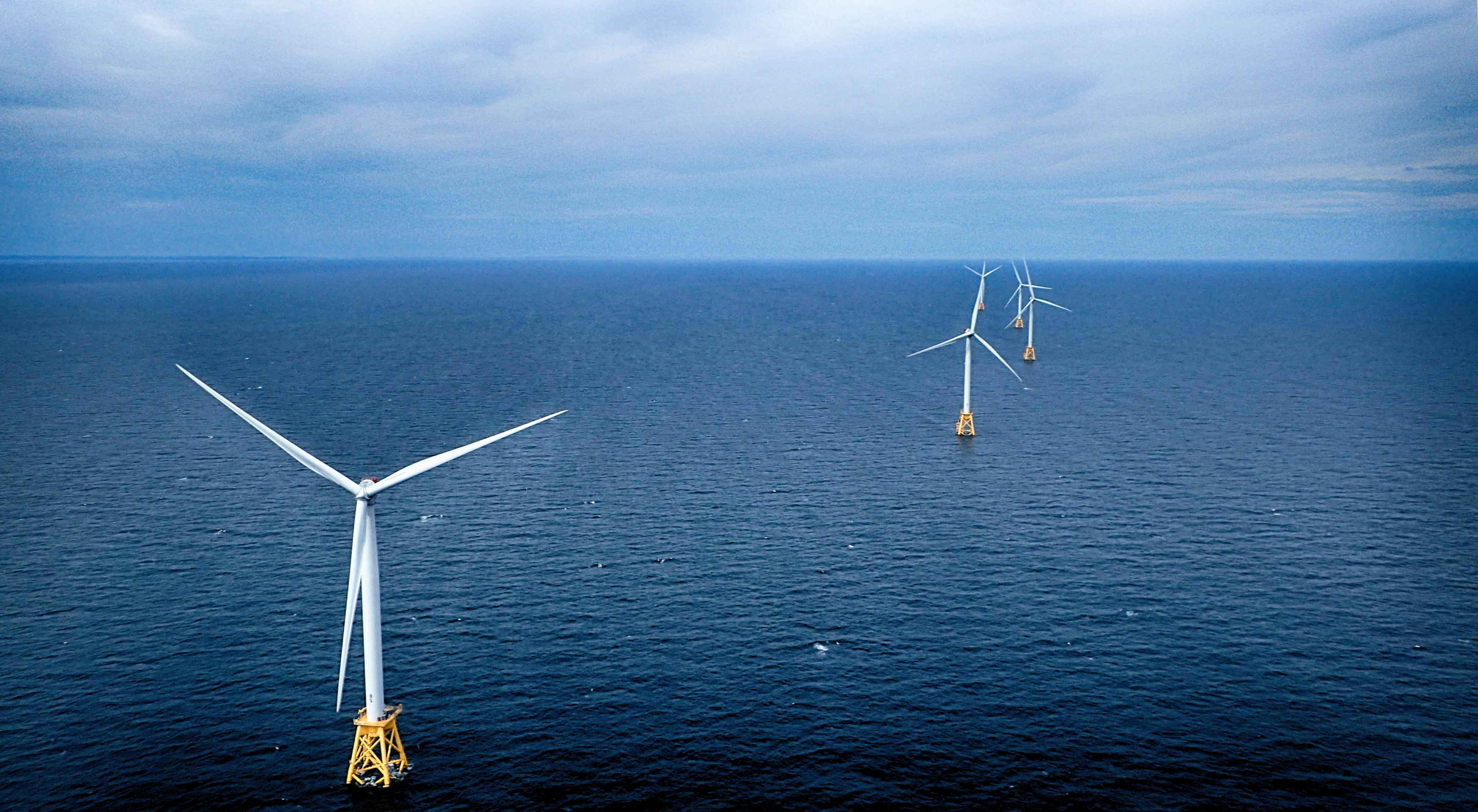 While offshore wind energy is gaining traction in Europe and East Asia, the U.S. has only recently begun to test the waters on this latest renewable energy opportunity. A major obstacle in the U.S. is the lack of onshore electrical infrastructure needed to support offshore wind farms.

However, growing interest in this renewable energy source is driving technical innovations to overcome the challenges of offshore wind energy. Findings from initial offshore wind farm projects on the U.S. East Coast will lay the groundwork to start planning for onshore infrastructure. Large-scale wind farms will require expanded transmission capacity to handle the increased power load, according to presenters at a recent conference presented by Global Transmission Report.

Members of Beta’s team attended the 2020 Offshore Wind Conference to learn more about this renewable energy endeavor, its recent developments and where it is heading in the next few years.

Offshore wind energy projects place wind farms in waters just off the coast to capitalize on benefits like shorter transmission distances and daytime wind patterns that match peak energy consumption times. Only a few offshore wind turbines currently exist in the U.S., but growing interest suggests that more of these projects may shift from concept to reality in the next few decades.

Building and operating wind farms in U.S. coastal waters could provide both environmental and economic benefits. According to the U.S. Office of Energy Efficiency and Renewable Energy, offshore wind energy benefits include its abundance, proximity to major population centers and maximization of daytime wind energy.

Wind farms are typically located in remote areas, requiring extensive long-distance transmission, but the proximity of offshore wind farms to urban centers would reduce these cost and infrastructure barriers. In addition, while land-based wind farms typically see the greatest power generation during nighttime off-peak hours, offshore wind farms would generate the most power during daytime hours, when energy consumption is typically the highest.

The first offshore wind turbines in federal waters were recently finished and are now transmitting power back to land. According to an update presented during the conference, these turbines are being used primarily for research. They are part of the Coastal Virginia Offshore Wind (CVOW) project, and their development and construction was a multiparty endeavor involving universities, government agencies and equipment manufacturers. What makes this project unique from the first U.S. offshore wind project, Block Island, is that CVOW is located in federal waters and thus required approval from the Bureau of Offshore Energy Management (BOEM), making Coastal Virginia Offshore Wind the first project to receive BOEM approval.

One company is currently developing floating platforms for ultradeep waters where attaching turbines to the seabed with traditional foundations is impractical. Solving this technical challenge is crucial to the success of offshore wind in the U.S. because most of the Northeast and West Coast, where the turbines would most likely be concentrated, have ultradeep waters.

This floating system would also allow for onshore turbine assembly, reducing time, cost and safety hazards during construction. After the turbine and platform are complete, a tug could pull them out to sea, where they could be anchored in their final location.

Discussion during the conference revealed the greatest barrier to offshore wind energy moving forward is not actually technology or government regulation, but the lack of onshore infrastructure necessary for interconnecting offshore wind power. Huge infrastructure projects would have to be completed along the East and West Coasts before any of this power generation could be used.

Speakers at the conference said a handful of offshore wind farms might be able to connect now, but the capacity of the grid would be tapped out very quickly. The problem would be like having 30 plugs with only two electrical outlets. Additional onshore collector substations will be required, as well as major transmission line upgrades on the backbone of the network.

While offshore wind energy has a lot of exciting potential, conference reports indicated that this initiative is still in the early stages. Offshore wind projects could likely take 10 years from inception to the start of construction due to the approval and development stages required. Construction itself could then take an additional three to five years.

As the power industry, and the renewable energy market in particular, explores the energy options of the future, though, Beta Engineering will continue monitoring project developments and building our team to provide the high voltage construction and design expertise essential for our customers to meet their ever-changing and growing needs.

Runyon, J. (2020, May 27). A ‘monumental day’ for US offshore wind as first turbine is installed in federal waters. Renewable Energy World. https://www.renewableenergyworld.com/2020/05/27/a-monumental-day-for-us-offshore-wind-as-first-turbine-is-installed-in-federal-waters/#gref

Fire Safety Plans Aren’t Just for the Office: 10 Ways To Prepare for or Prevent Home Fires

Beta To Exhibit at 2021 S.E.E. Conference and Tradeshow

Beta Expands Sales Representative Network in the Midwest and Southeast

Beta Engineers Participate in a Q&A for Engineers Week